Davis McCown was an Assistant District Attorney in the Tarrant County District Attorney’s Office from 1983 to 1991. For the last five years of that time he was assigned to the Economic Crimes Section, were he prosecuted major frauds and high tech crimes. He was eventually appointed Chief of the Economic Crimes Section, where he was responsible for supervising all of the investigations and prosecutions conducted by the section.

Mr. McCown is a member of:

Davis McCown has spoken nationally on issues relating to Computer Crimes and Prosecutions.

Davis McCown is not certified by the Texas Board of Legal Specialization. 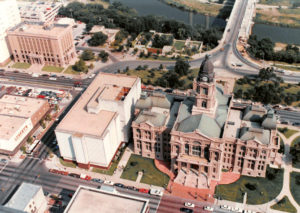 Please call if you would like to discuss estate planning or probate issues. 817-284-0292. There is no charge for phone or office conferences in the event that you do not decide to engage my services. If you would like me to contact you, please use my Contact Form. Online conferences are also available.